The Scottish Forestry Trust currently has ten Trustees who are appointed for their experience, expertise and objectivity, and their ability to provide a good balance of appropriate skills.

Biographical notes on the current trustees

The current trustees of the Scottish Forestry Trust are: 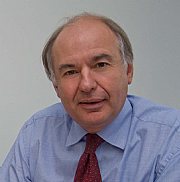 Dr Bob McIntosh CBE retired from public service in February 2015, having worked with the Forestry Commission for 41 years.  In his last post, he combined the roles of Scottish Government Environment and Forestry Director and Director of Forestry commission Scotland, having previously occupied various posts within the Forestry Commission including Chief Executive of Forest Enterprise, Director of Business Enterprise Division and Forest District Manager, Kielder. RM Register of Interests 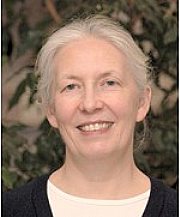 Dr Helen McKay first joined Forest Research in 1988 as a plant pathologist to improve the physiological quality of planting stock. Over the following 12 years, her remit expanded to cover seedling morphology, seed nutrition and wider nutritional sustainability.  She became a specialist adviser for Corporate and Forestry Support for the Forestry Commission where she advised on and commissioned research on a range of topics. In 2007, Helen returned to Forest Research and has been Head of the Centre for Sustainable Forestry and Climate Change since 2009.  She is a Fellow of the ICF and has been editor of the ICF's scientific journal "Forestry"; an international journal of forest research, since 2002. Helen is also a member of the Trust's Projects and Research Committee. HM Register of Interests 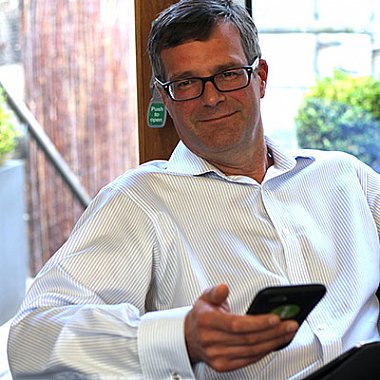 Professor Paul Atkinson is a professional investor, venture capitalist and board advisor with a track record of creating value for companies and investors in the technology business services sector and forestry sectors. Over the last 25 years Paul has founded a number of businesses within IT, Software and IT Services, including Direct Resources, RecruitmentScotland, Head Resourcing and more recently boutique investment business Par Equity.

He is a founding partner of FCA regulated Par Equity LLP, which provides EIS Funds investing in early stage technology ventures as well investment funds in other asset classes, including residential property and forestry. Paul has led Par Equity’s interest in Forestry since 2011, with two Forestry funds raised to date with a plan to raise a third fund in due course. He also leads Par’s investment interest in Global Surface Intelligence, an Edinburgh based near earth observation and AI business, with the capability to use satellite imaging to provide deep insights regarding ground based assets, including Forestry.

Alongside his Par Equity interests, Paul is Chairman of Professional Services business, Taranata Group, which he founded in 2001. He is also an advisory board member of the Converge Challenge, which highlights some of Scotland’s best University spin-outs.

He is a current visiting Professor of Edinburgh Napier University’s business school, originally graduating in Physics from Manchester University. PA Register of Interests

Eddie Balfour is Joint Managing Director of James Jones & Sons Ltd, an integrated timber processing group with operations covering harvesting, sawmilling, timber engineering and pallet manufacture across the UK. A Forestry graduate from Edinburgh University, Eddie started his career with the Forestry Commission before moving into the timber processing sector in 1989. During his 30 year career in the sector Eddie has held management roles in both timber harvesting and sawmilling operations within Wales, Aberdeenshire and the Scottish Borders. In the last 12 years Eddie has been heavily involved in the development of the Stevens Croft site near Lockerbie, with particular focus on timber processing technologies which can add value to our homegrown timber resource. EB Register of Interests

Ralland Browne  is the Managing Director of Scottish Woodlands Ltd with 30 years experience in most aspects of private sector forestry management since joining the company in 1987. Ralland has particular experience in Forestry investment having served as Investment Director of the company since 2007.  He is a Fellow of the Institute of Chartered Foresters and has served both on council and as an examiner. Ralland is also a Board member of ConFor. RB Register of Interests

Dr Keith Kirby has been a woodland ecologist with the government conservation service the Nature Conservancy Council and its successor bodies, English Nature and Natural England. More recently, Keith was seconded to the Secretariat to the Independent Panel for Forestry. He also holds a position as Visiting Researcher at the Oxford Plant Sciences Department working particularly on long-term vegetation change. Keith is a Fellow of Institute of Chartered Foresters, a Fellow of the Institute of Ecology and Environmental Management and was Awarded the Royal Forestry Society’s medal for Distinguished Services to Forestry in 2012. KK Register of Interests 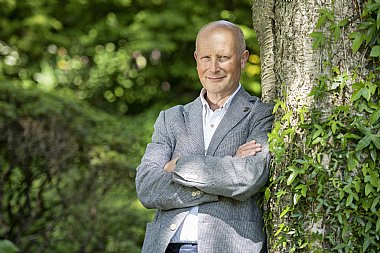 David Burslem is Professor of Forest Ecology and Diversity at the University of Aberdeen, and Keeper of the Cruickshank Botanic Garden and Arboretum. He was recently appointed interim Director of the University’s Inter-disciplinary Centre for Environment and Biodiversity. His research and teaching interests focus on forest ecology and conservation science, responding to the linked crises of biodiversity loss and climate change in collaboration with partners in government agencies, non-governmental organisations and statutory bodies. A major theme of his current research is to leverage time-series of forest inventory and remote sensing data-sets for quantifying changes in forest cover, dynamics and carbon storage, and to use these results to inform policy and fiscal interventions that would incentivise forest restoration. David has 30 years’ experience of forest research in the UK and overseas and has authored or edited more than 150 papers and two books. DB Register of Interests 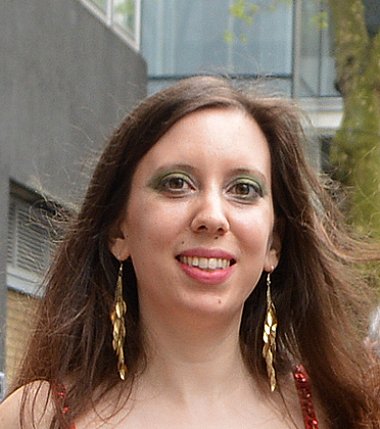 Dr Ioly Kotta-Loizou is a molecular microbiologist specialising in mycovirology, i.e. the study of viruses that infect fungi, and focuses on microbial life cycles and pathogenicity, together with potential applications in forestry, agriculture and medicine. She is based in the Department of Life Sciences, Imperial College London, and holds honorary/visiting positions at the Universities of Manchester and Hertfordshire (UK) and the California Institute of Medical Research (USA). Ioly is the Chair for the Chrysoviridae study group in the International Committee on Taxonomy of Viruses, an Editor for the scientific journals Archives of Virology, Viruses, Pathogens, Microorganisms and Frontiers, a Fellow of the Higher Education Academy and a STEM ambassador.  IKL Register of interests 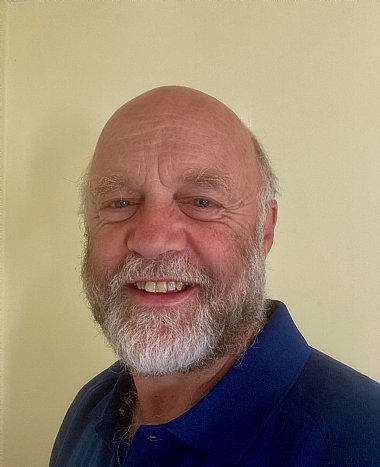 Tim grew up with forestry in the South West of England where his father had a forestry business. He studied Forestry in Aberdeen graduating in 1980, when he went on to join Tilhill as a forest manager. He has enjoyed the challenges and opportunities in the industry over the last 40 years.

After a spell in landscaping in Central Scotland he moved to Yorkshire and worked in a diverse range of operational work from landscaping in Tyneside, Community woodland creation in Teeside, to investment and estate forestry in Yorkshire. In his time in Yorkshire he was also Chairman Yorkshire Division Royal Forestry Society – 1996-1998.

In 2001 he moved to South West Scotland managing commercial investment forestry in that area and became a Fellow of the Institute of Chartered Foresters in 2004 of which he is still a member.

In 2007 he was instrumental in planning and delivering the Eskdalemuir Timber haul road, and also managed the rising restock programme and its associated challenges of large weevil numbers and an increasing deer population. 2009 saw promotion to Regional Manager for Scotland and responsibility for forestry and landscaping. In 2014 he became a founder Director of the then Sitka Spruce Breeding Cooperative (now the Conifer Breeding Cooperative), which is a public private partnership to ensure the improvement of productive Conifer continues.

In 2015 Tim was appointed to the Tilhill Board as Forestry Director where he continued to seek solutions and to raise standards in forestry - from large scale re afforestation, weevil and deer management to protecting the workforce and the environment.

In May 2021 Tim retired from Tilhill and has become a grandfather. TL Register of Interests 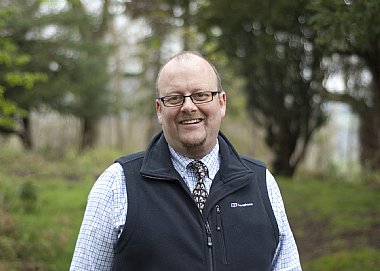 He is also required to ensure that Forest Research meets its statutory obligations as a government agency.

James is also a member of the Scottish Wildlife Trust’s Conservation Committee.

James holds a BSc (Honours) degree and a PhD in Forestry from the University of Aberdeen and joined the Forestry Commission in 2002 holding several positions before becoming Chief Executive of Forest Research. Prior to this he had a distinguished career in research, management and market development in the timber and forestry sectors in several countries including the UK, United States, South Africa, The Netherlands and New Zealand.

The Projects and Research Committee

Recommendations on projects that are approved by the Trust are made by the Projects and Research Committee which meets three times a year to consider funding applications. The committee is made up of the following Trustees :-

Amanda Bryan MICFor joined the Trust as Executive Director in August 2020. Amanda has a background in rural development and land management and was previously Head of the Scottish School of Forestry where she was responsible for development of the Honours Degree in Forest Management. The role is part time and Amanda also holds positions of Chair of the Board of Crown Estate Scotland, Board Member of Highlands and Islands Enterprise and she continues to lecture on a part time basis at the Scottish School of Forestry, Inverness College UHI.